Finally, my second book for AIRSHIP27 is out! 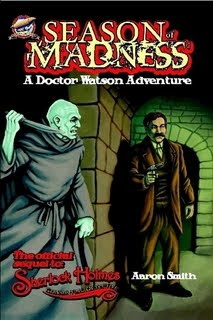 When a group of men and women throughout London begin exhibiting strange psychotic behavior, Dr. John Seward, from the Dracula affair, is brought into the case. Faced with a mystery beyond his realm of experiences, he turns to Sherlock Holmes' trusted companion, Dr. Watson, for help. Together these two men of science must uncover the riddle behind a white powder drug with the ability to drive people mad before the entire population is infected. Also includes a special bonus story, "The Electric Shark", starring Her Majesty's Secret Agent, Quincy Harker.

Written by Aaron Smith,illustrated by Pedro Cruz, cover by Rob Davis and Shane Evans, edited by Ron Fortier and published by Cornerstone books.

You can buy it here.
Posted by Pedro Cruz at 6:17 PM No comments:

Joann Sfar and Kerascöet, two, or rather three, of my favourite french cartoonists directed this videoclip for Dyonisos.Enjoy!

So where do we stand? Well, first of all I'd like to thank you, dear reader, for following this comic through these long months. It's been quite a trip since early this year, crafting the longest sustained graphic narrative I've ever done on my own. Your comments and support have been invaluable. I sincerely hope you've enjoyed it!

Like I said WHYM is over... Nevertheless, other stories will follow. Stories to be read and enjoyed as self-contained entities, with their own peculiar visual identity, but also capable and willing to put WHYM under a different perspective and even answer some of the unsolved questions of this first comic, particularly some that WHYM’s final page hopefully summoned. I won't go into more detail describing these other future comics as I believe that over-explaining one's own work usually tends to suck the magic out of it. Instead, when the time comes, hopefully sometime next year, I'll let you enjoy them in the same way as I did with WHYM, allowing the work to speak for itself and you, the reader, to draw your own conclusions.

In the meantime, we'll proceed with a new schedule for the blog: once a week, every Saturday, with some writings or drawings as usual. 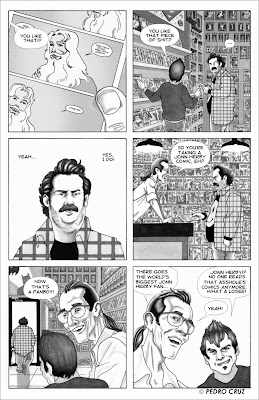 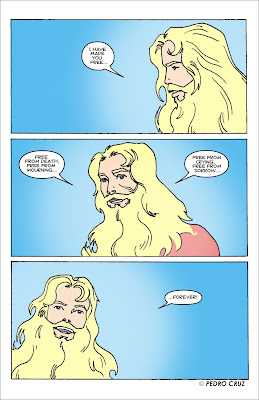