Email ThisBlogThis!Share to TwitterShare to FacebookShare to Pinterest
Labels: The Black Cauldron

Email ThisBlogThis!Share to TwitterShare to FacebookShare to Pinterest
Labels: Ghostbusters 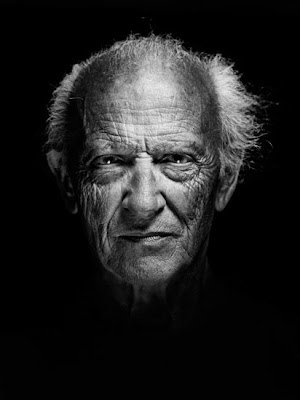 One day, way back when I was a small child, I found my mother crying. She said she was saddened because of this singer who had been shot dead. I couldn't really understand why she would cry because of someone she had never met. She told me of the joy his songs had brought her and countless other people in the world... but my small five year old mind still could not understand her.


Forward a few years and I'm at my grandparents home. As usual my uncle is there for lunch and brings the newspapers and a new number of "Jornal da B.D.", a weekly comics anthology featuring european series and characters printed on cheap pulp paper. I pick the magazine and start reading it as he is eating and am amazed to find this new amazing science-fiction series. It is unlike the clean Disney characters or Marvel superheroes I'm used to. It stars an unlikely group of heroes - a grumpy skinny fellow with a big nose in a jumpsuit, a talking big white bird, a stoic warrior with a metal hear, a guy with a dog's head, a beautiful vixen and an angelical kid. Together they plunge into certain death on top of a rocketship into a huge acid vortex! The scope, the detail, the lines, the colors, everything - for the first time I feel I have met a comic which completely fulfills all my boyish adventure fantasies. Each following week my uncle brings a new number of this mag and with each subsequent issue comes a new chapter. The heroes survive - they discover an underground world of rats that feed on fear! The rats have a queen - a beautiful topless lady! They go to other worlds! They die! They come back to life!I notice the artist's name: Moebius. From that moment on I follow all his projects whenever I have a chance. My admiration for this man's work grows, each new work I find is a source of joy and surprise, always fresh as that first time I saw it.


Years have passed and I am in Paris. My wife is making research for her master's degree and after she returns from the libraries we explore the city, going to the museums, to the comic and book shops, eating crepe au nutella, other times just walking through the lovely urban scenery. On one such day, on a crowded street, near the Galleries Lafayettes, I spot him walking in the middle of everyone else. A slender middle aged man, partially bald with white hair and glasses on a pale wrinkled face. He has these eagle eyes displaying an acute sense of intelligence. The face of a scientist, not an artist. I recognize the man from the numerous photos and self-portraits I've seen. Our eyes cross. There is this moment of

"Is that really him?... What if I go and greet him? Mr. Moebius, I am fan of your work... Wait, maybe he prefers Mr Giraud... Then again maybe I should speak in french?... But my french isn't all that good - I'll sound like a babbling fool...the poor man will be disturbed by this foreign stranger...Ah, my chronic shyness..."

and then the moment is forever gone as we keep on walking.


Forward to last sunday night. My wife and I return home after a weekend out and I go check the email and the usual comics sites.It is with shock that I find out Jean Giraud Moebius is dead. It takes a while to digest the news and slowly I start feeling sad beyond what I expected and realise the impact this man's works has had on me is bigger than what I had ever assumed. His drawings were something out of this world. This was a force of nature, like an earthquake, his impact spreading like shockwaves far beyond the insular world of comics and well into those of film, design, fashion...

The man is gone, the work remains, the shockwaves spread and the memory shall live on for as long as there are comics, at the very least. But the man is gone. And we feel poorer for the world has lost an unparalleled imagination and no new worlds shall ever come again from that brilliant mind unto this one world. Maybe on the next one, God willing. Still, I can't help feeling sad... and for the first time, I understand what my mother felt on that day long ago, way back when I was a small child.
Posted by Pedro Cruz at 7:00 PM 2 comments:

Email ThisBlogThis!Share to TwitterShare to FacebookShare to Pinterest
Labels: Fire and Ice